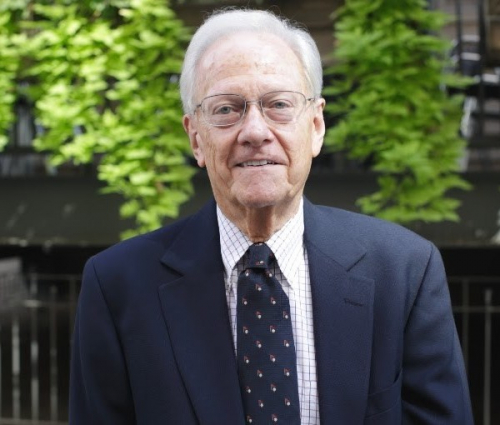 William “Pat” Partridge, originally from southern Virginia, began his tenure at the Cathedral on Epiphany 1981. He holds a bachelor’s degree in music from the Cincinnati Conservatory and is a fellow of College of Church Musicians at the National Cathedral, where he earned a master’s degree. He went on from there to teach music in college and play piano in a jazz band, which inspired his lifelong appreciation of jazz, which is second only to his love of all classical music. In his spare time, he’s a gourmet cook, the result of taking many classes, including at the Cordon Bleu in London. In St. Louis, in addition to his Cathedral duties, he has been the organist at Washington University and has taught at Webster University and Southern Illinois University-

Edwardsville. He lives in Webster Groves with his, wife, Patricia, known as Tricia.