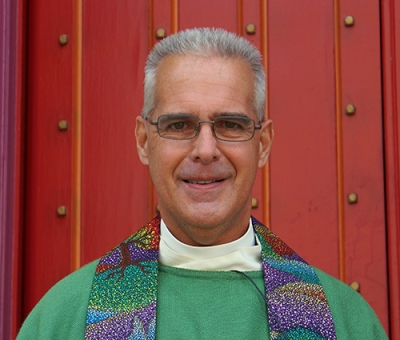 Dave Malek holds an undergraduate degree in correctional counseling from St. John’s University, a master’s in social work from Washington University and a master’s in pastoral studies from Aquinas Institute of Theology. He has worked as a licensed clinical social worker in the healthcare industry and most recently as director of operations and administration for the Mercy Conference and Retreat Center in Frontenac.

After attending services at  Christ Church Cathedral for two years, Dave was received into the Episcopal Church in 2004. He went on to serve as a lay pastororal care giver at Barnes-Jewish Extended Care, and served as a shepherd for the Community of Hope as well as a practicum supervisor for students in Aquinas’s spiritual direction program.

While a catechist and lay preacher at St. John’s Tower Grove, Dave heard a clear call to ordained ministry. As a final step in preparation, he completed a field placement in 2020 at the Church of the Transfiguration in Lake Saint Louis. He was ordained a transitional deacon on Jan. 23, 2021 and to the priesthood on July 24, 2021. Dave and Mark Brennan, his husband of over 30 years, live in the city’s Benton Park neighborhood.